It’s no secret that there are controversies over artificial sweeteners. In fact, a very recent study published by Towes et al in the British Medical Journal concluded that, “No evidence was seen for health benefits from NSSs [non-sugar sweeteners] and potential harms could not be excluded.” With this research standing in stark contrast to mainstream acceptance based on peer-reviewed data, it’s time to look at some evidence-based facts and truly evaluate what’s safe and what’s not.

Let’s start by understanding what Toews et al evaluated. Their group evaluated existing data on the effects of low- and no-calorie sweeteners (LNCS) on a variety of health outcomes. The systematic review that was performed included the following statements on study inclusion criterion: “Studies including generally healthy adults or children with or without overweight or obesity were eligible. Included study designs allowed for a direct comparison of no intake or lower intake of NSS with higher NSS intake. NSSs had to be clearly named, the dose had to be within the acceptable daily intake, and the intervention duration had to be at least seven days.” These criterion mix too populations of varied weight statuses and attempted to draw population conclusions on weight loss effect. In fact, LNCS have been found to be the most beneficial to populations whom are overweight and/or obese.

In stark contrast to Towe’s findings, the current body of peer-reviewed evidence points to the following three main conclusions:

Furthermore, long term trials have shown that use of LNCS with children and adolescents proves efficacious, especially at the one year follow-ups. This stands in stark contrast to Towes findings.

Other available peer-reviewed data from the International Journal of Obesity from 2016  that included over 100 studies found, “the balance of evidence indicates that use of LES (low energy sweeteners) in place of sugar, in children and adults, leads to reduced EI (energy intake) and BW (body weight), and possibly also when compared with water.” Additionally, a meta-analysis looking at 35 years of data on the validity of LNCS and their relationship to weight status found that randomized controlled trials, “resulted in statistically significant reductions in body weight, BMI, fat mass, and waist circumference.”

Overall, the greater scientific community along with the United States Food and Drug Administration, The World Health Organization, The National Institute of Health, the Institute of Food Technologists and other scientific bodies have reached a consensus that LNCS are indeed safe for human consumptions at currently regulated levels. While there will always be the occasional study that may come to a different conclusion, it’s important to be able to evaluate the type of study being performed, the statistical validity of the study design and the primary outcomes the study is seeking to measure.

In conclusion, it would seem that in conjunction with usual approaches like healthy diet, exercise and lifestyle changes that the use of LNCS, like those used in R-Kane Nutritionals’ products, are very useful tools that support weight loss and weight management. 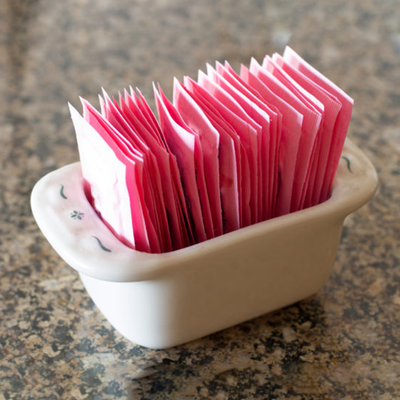